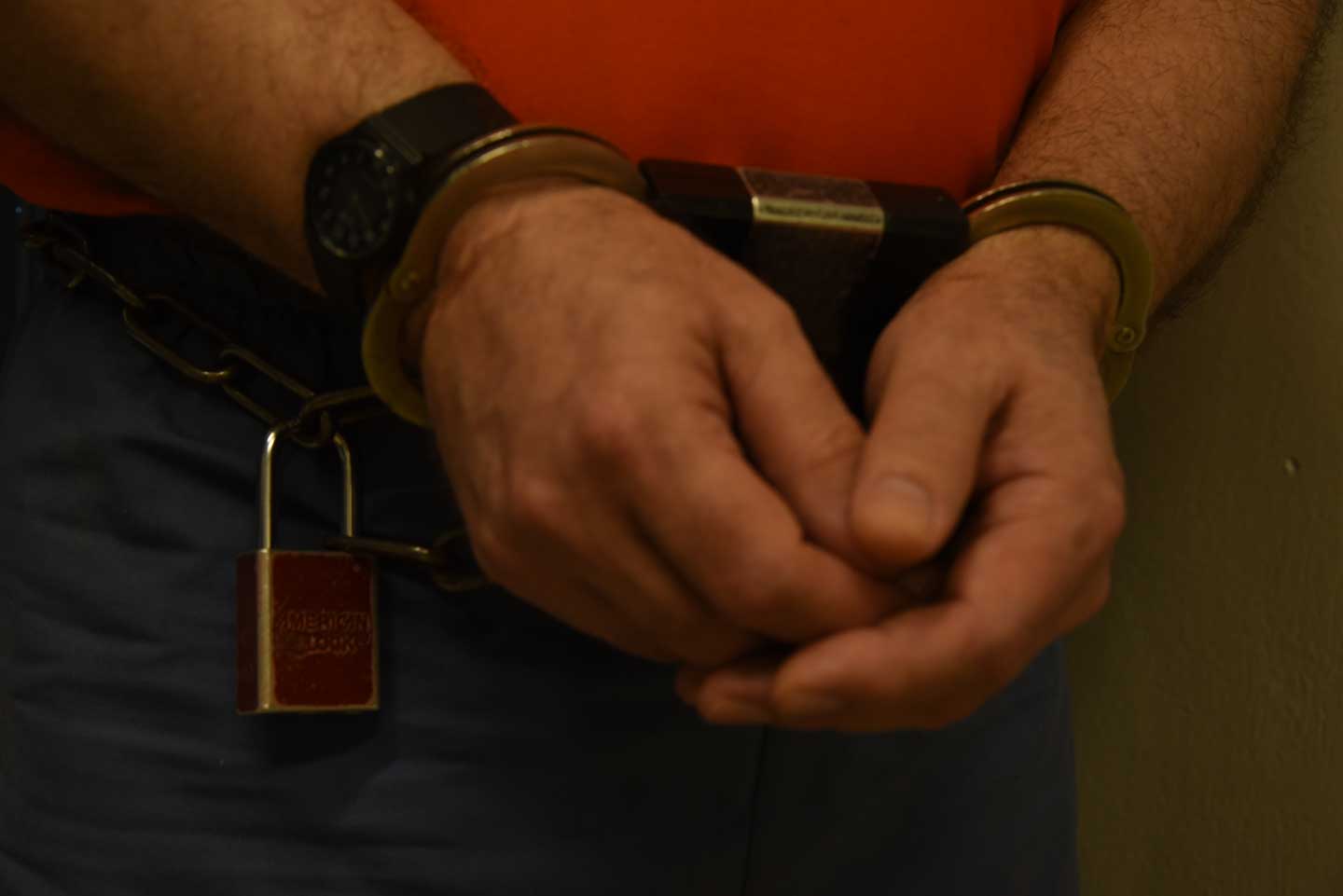 Mike Lambrix has spent more of his life on Death Row than in the outside world.

At 56, he’s lost most of his hair along with his once-athletic body. Every day for the 33 years he’s lived on Death Row, since he was convicted of a double murder in 1984, he’s worn the orange shirt of condemned men in Florida.

On November 30, 2015, Gov. Rick Scott signed his death warrant and Lambrix was set to die by lethal injection on Feb. 11, 2016. This wasn’t a surprise. Lambrix had exhausted all his appeals and Gov. Scott has had a quick pen when it comes to executions. In fact, Scott has overseen more executions than any other Florida governor since LeRoy Collins, who left office in 1961.

A death warrant sets in motion a strictly codified script that regulate all actions until the prisoner's execution. Lambrix was moved from Death Row to Death Watch, which is reserved for people who’ve been given their execution dates.

“The first thing you see is a board on the wall that says your name, your cell number and your execution date,” said Lambrix. “Every time you go in and out of there you see that right there, in writing, just to remind you.”

On Death Watch, inmates get more privileges than Death Row inmates. For example, you get to call to your family. Until recently, there were no social calls on Death Row.

Death Watch cells are bigger, 12x7 feet instead of the 6x9-foot cells on Death Row, which means prisoners get from one end of the cell to the other in five steps instead of three. Lambrix says the guards tend to be nicer. Even those that don’t have a great reputation show a more compassionate side with inmates on Death Watch.

But Death Watch isn’t supposed to be some kind of prison paradise where you can live out your final days in a more enjoyable setting. There’s a practical side to it. Inmates are put there so guards can watch over them more carefully; to make sure they don’t hurt themselves or others.

The fear is: Condemned prisoners have nothing to lose.

“You never forget why it's different. Everything about Death Watch is specifically structured towards what the conclusion is going to be,” said Lambrix 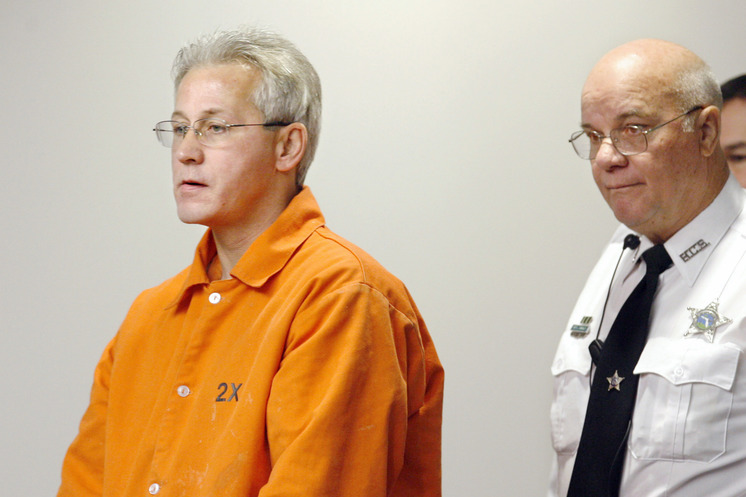 Lambrix had company when he was moved to Death Watch in 2015. Oscar Bolin was then the official resident of Cell 1. That cell is always reserved for the next inmate to be executed and Bolin's date came before Lambrix's.

So Lambrix spent weeks watching Bolin prepare for his execution: packing up his property in boxes for his wife, have his final meetings with lawyers and a chaplain, dealing with the denials of his final appeals, shaving his chest ahead of the execution.

“I can't get away. There's nowhere I can go. I put my earbuds on. My MP3 is my escape,” said Lambrix.

For Lambrix, this was like looking into the future, a process he'd be following himself.

“There's a part of you that says, ‘You know what, that's me,’ ” said Lambrix, “because I am the next cow in line. And I'm watching this cow get its head off."

Lambrix got to know Bolin; They’d spent weeks talking between their cells. And then he was just down the hall during Bolin’s execution.

The state’s two execution chambers are right next to Death Watch. In one, there’s the state’s electric chair -- which hasn’t been used since 1999. In the other chamber, there’s a gurney with straps used for lethal injections.

“So they walked [Bolin out of Cell 1] and that’s last I heard of anything because once he went around he never came back,” said Lambrix.

After Bolin was walked out to meet his sentence, Lambrix could hear the witnesses to the execution mill about, waiting.

“Every little sound down on Death Watch during this period of time becomes somewhat amplified, like a thunderous roar,” said Lambrix. “Every little whisper, you know, I'm straining to hear everything that goes on on the other side of that door.”

The execution affected Lambrix. “I didn't sleep too well that night,” he said.

“One of the things that really bothered me about the process after they killed him [Bolin] is that very early the next morning they came in and they ordered me to get my stuff in my Cell 3 and I immediately got moved to Cell 1. You know, I'm just telling myself, “What, you couldn't wait a day? You know, you just killed this guy. You couldn't just wait a day?”

Lambrix says that being moved from Cell 3 to Cell 1 brought the reality of his imminent execution home.

"When you walk into that Cell 1, there's a part of you that even despite all the hope that you might still have. It takes that hope away,” said Lambrix.

This was the second time Lambrix has been in Cell 1. He was hours away from his execution before, in fall 1988. Then, a U.S. district court stayed his execution to review various claims by his defense attorneys hoping to overturn Lambrix`s death sentence.

He says being in Cell 1 sort of changes you. You have to wrestle with knowing the date of your death, in his case Feb. 11, 2016. That’s on top of other, more mundane preparations you’re forced into, like divvying up your property.

Lambrix found himself making choices based on the date of his execution. Should he buy new toothpaste? Or stretch what he has left?

Watch the new X-Files mini series? His date would come halfway through the episodes.

He was fitted for his execution suit: dark blue with charcoal pinstripes and a white shirt, short sleeves so they can insert the needle.

Here’s an excerpt from something he wrote for his blog during that time on Death Watch for Feb 1, 2016:

“Time flies quickly when you’re counting down what is expected to be the last days of your life. As I awoke this morning, I realized I’m now down to only 25 days. I smiled as I remembered song on my mp3 player by country music legend Johnny Cash called “25 Minutes to Go.” It starts with the words, 'They’re building a gallows outside my cell and I’ve got 25 minutes to go,' then in his southern accent continues, 'and the whole town’s waiting just to hear me yell, I’ve got [24] minutes to go.”

Lambrix says that during each minute of his 25 days on Death Watch, he hoped his execution would get called off.

The phone did ring for Lambrix, a little more than a week before his execution.

The U.S. Supreme Court had issued an opinion in a case called Hurst v. Florida that put in limbo all death penalty cases in the state.